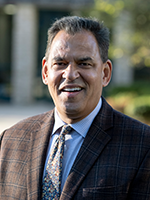 Dennis Bisgaard has over 30 years of experience as an independent school educator, and prior to his upcoming post at Park Tudor, he has led five institutions as Head of School. Most recently, Dennis has successfully led two independent schools through a transition period as Interim Head of School, most recently for the Friends School of Baltimore.

Previously, Dennis was Head of School at Kingswood Oxford School in Hartford, CT, for 12 years, where he founded the Kingswood Oxford Leadership Institute for Educators of Color. Prior to that, he was Associate Head of School at Shady Hill School in Cambridge, MA, for six years, and Associate Dean of Faculty and Director of Diversity at Collegiate School in New York, NY, for six years, where he founded and directed The Collegiate School Teaching Institute for Educators of Color. He has also served as the founding Head of School for Whittle School & Studios in Washington, D.C. He began his educational career in the U.S. as a classroom teacher, coach, advisor, and DEI practitioner.

Dennis was born in Germany and grew up in Denmark, where he also earned his first graduate degree, and studied in Canada and the U.S. before moving to the United States permanently more than 30 years ago. He later completed an MA in Educational Administration at Columbia University. Dennis speaks English, Danish, and German fluently. 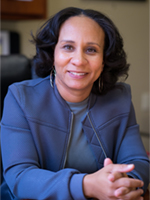 Dr. Hart joined the Park Tudor faculty in 2004 as the 8th grade Middle School English teacher and Department Chair. She has years of experience teaching grades 6-8 in Washington Township—including many honors, gifted, and talented courses. Dr. Hart has successfully completed internships in leadership, served on curriculum development committees, and gone through extensive training in the teaching of writing. She has served as an administrator of a private Christian school in Indianapolis, where she was able to lay the early foundation for admissions and testing, professional development, and curriculum and instruction. Dr. Hart has a passion for teaching and learning, meeting the needs of all students, working towards an equitable and inclusive environment, and developing strong relationships with families. Prior to her current role as Associate Head of School, she served as Director of the Middle School and Director of Admissions. Dr. Hart currently oversees the daily operations of the school. She holds a Doctorate in Educational Policy and Leadership from Vanderbilt University. 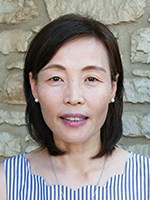 Most recently, Emma was Assistant Financial Director at Purdue University in West Lafayette, where she oversaw and directed financial activities including compliance, reporting, budgeting, receiving and billing. In addition, she had oversight for all construction projects (average $900 million) and worked with senior and executive leadership to support financial and capital decisions for the University. Previously, Emma was Senior Financial Manager for Purdue, and has also worked as a financial analyst/senior financial analyst for two chemical companies in Lafayette. Emma earned a B.S. in accounting from the Krannert School of Management, Purdue University, and a Master of Accountancy from the Tull School of Accounting, University of Georgia. 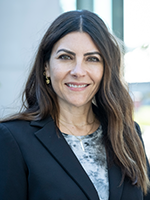 In her nine years at Park Tudor, Emily has made innumerable contributions to our school community. Most recently, she has served as Associate Director of Admissions, Grades 9-12. In this role, she has significantly increased enrollment in the Upper School year over year, and introduced many successful initiatives to onboard new families and retain current students. An alumna of Park Tudor, Emily was formerly a writer/reporter at the Indianapolis Business Journal. From 1999 to 2012, she worked for Clear Channel Communications in Denver, Chicago and Indianapolis in various roles, including as Senior Vice President of National Sales. She holds a B.A. in political science and journalism from Miami University, and a master's degree in education administration from Butler University. 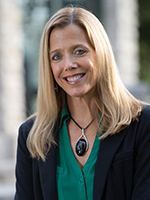 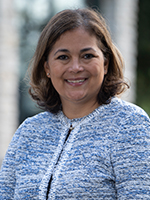 A Park Tudor alumna, Kelly joined the Development Office in 2018 after serving as Managing Director and Chief Operating Officer for The Cabaret, a nonprofit arts organization. At The Cabaret, Kelly significantly increased both individual giving and sponsorships, and successfully led a capital campaign to fund the construction of the organization’s first dedicated performance space. Prior to joining The Cabaret, Kelly was the Director of Development, Endowment, Major Gifts and Planned Giving at the Indianapolis Art Center, and also served as Planned and Major Gifts Officer for the Children’s Museum of Indianapolis. She has been active in the Park Tudor and Indianapolis communities, as a member of the Park Tudor Alumni Board, the Junior League of Indianapolis Board of Directors, the Board of Trustees for St. Richard’s School, and the Lacy Leadership Association among other civic affiliations. 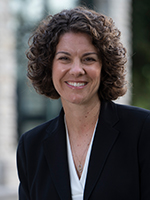 Mrs. Webster began her teaching career locally at Northwest High School where she taught Algebra in a freshmen learning community. There, Sarah coached girls varsity tennis and served as a class sponsor. Since joining the Park Tudor faculty in 2001, Sarah has taught a variety of courses in the math department including Algebra and Calculus. During her tenure at Park Tudor, Sarah served as the Math Department Chair before transitioning to the role of Assistant Upper School Director. Sarah currently sits on the Academic Affairs, Diversity, and Community Engagement Committees. 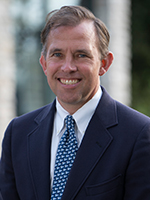 Ken was the Head of the Middle School at Battle Ground Academy in Franklin, TN before joining Park Tudor. During his time there, Ken led many successful initiatives, including launching a Writers Workshop, Singapore Math, Facing History and a wellness program. He also developed a Middle School community service program, revised and improved the Advisory Program, and co-authored a K-12 Crisis Management plan. 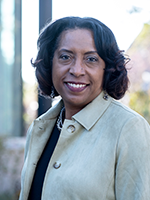 Camille joined Park Tudor from IUPUI, where she was Senior Admissions Counselor. In her role, she was responsible for the execution of recruitment and outreach objectives for first year and transfer student populations; evaluation of student mindsets; and collaboration with academic units and campus partners on degree programs, campus community, and culture. Prior to joining IUPUI, Camille served as Director of Legal Personnel and Diversity for Ice Miller LLP; her responsibilities included administering and facilitating diversity, inclusion, and customer service education throughout the law firm. She has also been a Diversity Consultant and Facilitator to a broad range of organizations including for-profit companies and non-profits, state and local governments, and community groups. Her expertise includes presentations and facilitating discussions on a variety of topics covering inclusion, micro-aggressions, unconscious bias, workplace behaviors, cultural competency, and community building. Camille holds a B.A. in English from Earlham College, and a J.D. from the University of Cincinnati College of Law.